Home » Should You Take Dart Lessons? – An Introduction to Dax Munna

Should You Take Dart Lessons? – An Introduction to Dax Munna

YES! REALLY!  Is it a far-fetched question? As I write this, the William Hill World Darts Championship is underway. North Americans now have easily identifiable paths to qualify for it via the Championship Darts Circuit, AND the payout (even if you lose in the first round) is greater than any current grand prize North American tournament. Logically, the question is-if you really want to get better, why wouldn’t you take dart lessons?

DOES ANYONE GIVE DART LESSONS? THE ANSWER IS, YES. I DO

Now wait. Hear me out. It is not how I earn a living but I do make money doing it. I don’t throw the word “professional” around and I am not writing to brag on myself.  I am writing to bring easily digestible tips, approaches, observations and use of time techniques to the community.  I am writing to ‘pay it forward’; an imperative tool to the health and growth of our community. I know what some of you are thinking. ‘Who are you?, and ‘Why should I read on?’.  These are valid questions, especially for our skeptical community. Certainly if you feel you have nothing left to learn than read no further… Otherwise allow me to better introduce myself…

My name is Dax Munna. I am a native of New York City and have been playing steel tip for 15 years and giving lessons for 7.  For those of you that enjoy the fun nicknames of our game/apparel I was given the name Dr. Manhattan by a local player in NYC some years back for it’s ‘ominous association’ to my bald head, my philosophical, level-headed approach, and the simple fact that I am from Manhattan.  I am not a household name like Darin Young or Larry Butler, nor are my accomplishments as vast.  I have played with and amongst some of the best national players, while maintaining my desire to be communal and inclusive on the league and recreational level.

While living in Providence, RI, I sought out one of the top ranked ADO players at the time, Freddy Krueger (real name).  We became religious practice partners and under his wing we won the Seacoast Open Doubles Cricket; the first event I ever played.  Despite that I found greater joy in playing/meeting new players in RI , MA, and CT and getting introduced to long format 501 with the PDSL (Pro-Development Singles League) via DoubleCork.

I brought the PDSL to New York City, and with Anthony Eugenia, helped build it into 15 divisions of various skill levels-including the New York City Premier league.  I took great pride in organizing the elite players of the metropolitan area.  Even though I won it twice against top national shot Jim Widmayer, I humbly say I take greater pride in the fact that I had to lose to him in the final 4 times before learning how to win.

Residing in Los Angeles, I won the inaugural DPLA (Dart Players Los Angeles) championship, but a prouder achievement was stoking the coals of the Southern California Dart Assoc. league which had been in disarray and dwindling.  I enjoyed playing my part in helping David Irete and company revive steel tip in Southern California.

I present this background because I want to illustrate that I have a level of acumen that can hang with some of the country’s best, while highlighting the more important things to me along way have been enriching the locales I have lived in.

In many professional sports, some of the best teachers/coaches are not recognized as the best players nor did they even play their sport at the highest level.  They have the desire and ability to impart knowledge, to pass on a distilled blueprint gained from their experience of skill, bad beats, and triumphant wins.  My aim is to impart what I have learned over my darting career to set you on a path which may help you achieve your goals.

Just like with golf or tennis, there are plenty of darters that have fun going out and throwing regardless of results or level of play.  A few beers and laughs with friends and all is right with the world.  No one needs lessons to have fun. Lessons are a tool to improve. Too often is the case that people in all such activities think “they know” what they’re doing wrong and how to fix it. In reality they are simply uncomfortable admitting that they have no idea what they are doing (rightly or wrongly) and/or have too much pride and stubbornness to ask for and accept help.  When one recognizes, ‘I don’t know, what I don’t know’, all the doors of learning open up.

“When the pupil is ready, the master will emerge.” – Sun Tzu

When I reached out to A-Z darts about doing this column I was happy they were receptive.  I am passionate about the dart community and look forward to enriching it further through this forum.  It is my hope to touch on many topics related to common threads in stance, posture, grip, and practice; as well as tangental topics like fitness, lifestyle, equipment and history, plus some metaphysical-such as psychology and sociology.  I hope you enjoy this series and feel free to contribute with comments and questions.

If you want to reach out to Dax or stay up to date, follow him on Facebook here.

The GeoComply Remote Darts League (RDL) second league has begun! 16 professional players worldwide have been invited to join season 2, including one of our

A new year is upon us and although it has not started off great we can expect great things from the Championship Darts Corporation (CDC).

Darts and eSports: More similar than you realize 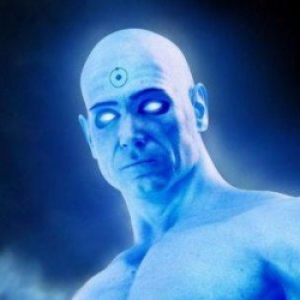 All Posts »
PrevPreviousDarts and eSports: More similar than you realize
NextNexus Dartboard – Play With The Pros Event 2020Next